History of the FFA 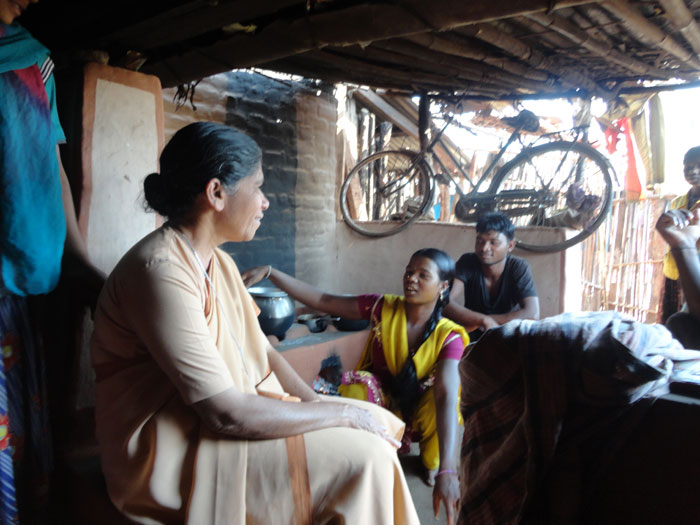 The Franciscan Family Apostolate (FFA) was founded in 1971 by Alan Ouimet, OSF to assist the destitute poor in Kerala, India. After opening a center in Trichur, India he expanded it to include the town of Alleppey in 1973.  For the first 8 years, Alan’s work primarily assisted destitute fisher folk families in the village of Punnapra which is in the Alleppey district. There, fisher folk families were assisted through the sponsorship program.  Additionally, to assist the needy,  the Apostolate purchased an abandoned factory and converted it into the Assisi Clinic providing free medical attention to the destitute. In 1982, under the direction of Monsignor Peter Chenaparampil, the Apostolate  expanded to providing sponsorship assistance to a string of 35  villages running along the Arabian Sea.  It was during this period  the Franciscan Family Apostolate partnered with the  Canossian Sisters who serviced the poor on behalf of the  Apostolate – a partnership which has been immensely creative and productive and remains so to this very day.

Happily, Monsignor Peter was consecrated Bishop in 1983 giving the work and goals of the Apostolate a much wider perspective and importance. In the following years our involvement led to such self-development projects as fish farming resulting in over one thousand home bound fish farms being developed; poultry farming to introduce egg diets to the local population;  housing construction to replace the dilapidated huts in which the poor were living; aiding the orphanage at Kunnumma through the advancement of courses in English, computers and traditional dancing and eventually rebuilding the orphanage itself from the ground up; what was once the Assisi Clinic in 1973 was replaced by what is now the Assisi Hospice in 1999. Along with the wonderful efforts of the Canossian Sisters we have been able to reach out through our sponsorship program assisting families through not only monthly financial assistance but also addressing the peculiar problems of individual families through  vocational training, micro-credit loans and medical and health issues.

In 2007 the Franciscan Family Apostolate expanded its program to include several tribal communities in Andhra Pradesh and Orissa, India (both on the east coast of India). As in Kerala, our primary emphasis is family development through a sponsorship program over a three year period. Unlike, Kerala, the families in Andhra are affected by HIV/AIDS and consist primarily of widows and their children. Along with monthly assistance they are initially provided with an asset (a buffalo, goats, a roadside shop) designed to bring them a modicum of economic independence along with healthcare and social services provided by the Canossian Sisters. In an effort to deal with the impact of HIV/AIDS the Apostolate supports medical clinics in both Andhra and Orissa serving the medical and nutritional needs of HIV/AIDS widows and orphans.

To learn how to sponsor a family, please click here.